David L. Jahnke To Become Chair of the First Interstate BancSystem Board, James R. Scott to Step Down 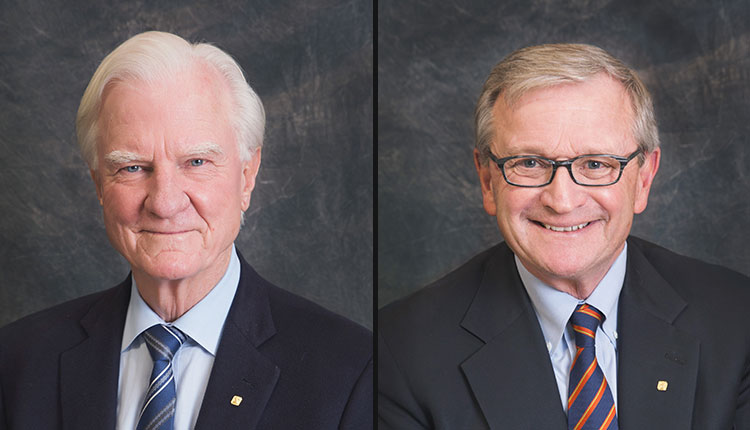 First Interstate BancSystem, Inc.’s (NASDAQ: FIBK) Board of Directors announced today that James (Jim) R. Scott is stepping down from his position as Chair of the Board effective May 6, 2020 as part of a long-planned leadership transition. He will continue to serve as a member of the Board. The Board has named David (Dave) L. Jahnke, Vice Chair and Independent Director, to succeed Scott as Chair.

“It has been my privilege to be part of the leadership of this great company for nearly 50 years,” said Scott. “I am especially proud of the fact that, throughout the growth and transformation of our Company in recent years, we have consistently maintained our focus on being a values-based community bank with a strong commitment to the communities we serve.”

Scott has devoted 48 years of service to the First Interstate BancSystem Board, first joining as a Director in 1971 and ultimately being named Chair in January 2016. He has contributed steady guidance through nearly half a century of growth, changing market conditions, and demands. As a member of the founding Scott Family, he has also been instrumental in ensuring a steadfast commitment to the values that have shaped First Interstate from day one and secured its success.

Scott’s transition comes at a time when the third generation of each of the five branches of the Scott Family assumes greater leadership in Family interests. In connection with this transition in Family leadership, the Family’s 13-D shareholder group has been expanded and reorganized to include additional third-generation (and one fourth-generation) Family members. Three of these third-generation Family members—James R. Scott, Jr., John M. Heyneman, Jr., and Jonathan Scott—currently serve as Directors on the First Interstate BancSystem Board.

The Family shareholder group, with the Board’s encouragement and approval, plans to meet on a periodic basis to be able to provide consensus-driven input from the Scott Family on matters of shareholder interest to the Board and senior management of First Interstate BancSystem.

“We owe a debt of gratitude to Jim for his inspired and dedicated service over the past 48 years,” said Kevin Riley, President and Chief Executive Officer of First Interstate BancSystem. “The face of banking may have changed drastically over the years, but Jim has demonstrated that strong values built on a firm foundation are timeless. While Jim leaves big shoes to fill, we are confident that his successor and our colleague, Dave Jahnke, is well prepared to continue steering First Interstate along a path of growth and prosperity.”

Jahnke added, “Jim and I have been preparing for this transition for quite some time. I am honored to be named the first non-Scott Family member Chair of First Interstate BancSystem. I look forward to working with Jim, the rest of the Board, and the management team to build on the success First Interstate has enjoyed.”

Jahnke was named Vice Chair of the First Interstate BancSystem Board in 2019. He joined the Board as an independent Director in 2011, following a 35-year career with KPMG, where he was a partner with a focus on global clients in the financial services industry. In addition to his work with First Interstate BancSystem, Jahnke is a Director and Chair of the audit committee for Swiss Re America Holding Corporation and its primary related U.S. operating companies. He is also a Director and Chair of the audit committee and a member of the compensation committee of Schnitzer Steel Industries, Inc.

How to set savings goals — and stick to them