A Community Connected By More Than Just Roads... 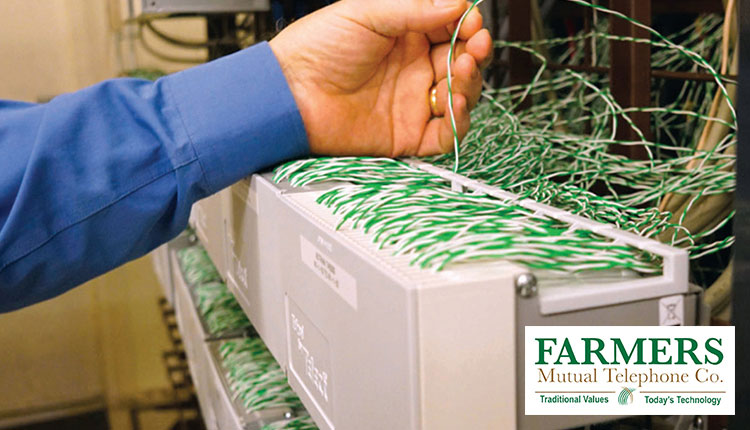 First Interstate is proud to be a community bank dedicated to meeting the financial needs of the communities we serve. With our recent expansion into Idaho, Oregon, and Washington, our ability to positively impact the places and people we serve has increased, as have the success stories. It’s our privilege to share some of these stories with you, including this one from Fruitland, Idaho.

Fruitland, Idaho is the small town other small towns wish they could be: a close-knit farming community with a charming downtown and rich sense of history. And for more than a century, Farmers Mutual Telephone Company (FMTC) has played an outsized role in shaping it. From their headquarters in downtown Fruitland, FMTC serves thousands of customers across 44 square miles of farm and ranching communities.

While the company now provides customers with just about any cutting-edge technology—from fiber optic internet service to cellular phones—it all started when a small group of farmers banded together to bring the latest communication to Fruitland: the telephone. “This area was small and unincorporated back in 1908,” explains FMTC General Manager Dan Greig. “The surrounding areas were being served by Mountain States Telegraph but we weren’t, so the farmers started installing their own lines.”

By the turn of the 21st century, FMTC was investing heavily in bringing fiber optic cable into their customers’ homes and businesses. Fiber optics allow the company to deliver phone and data at incredibly fast speeds (up to a gigabyte per second) — critical for today’s data-hungry customers, who use internet to work, play games and even watch television. Currently, about 35% of FMTC customers have access to fiber optics, but the co-op plans to increase that to 85% within three years thanks to a new initiative financed, in part, by First Interstate Bank.

“We’ve always tried to stay true to local banks and First Interstate has been great to work with,” Greig says. “They’ve really worked hard to understand our business and what this expansion will mean to our customers.”

Of course, planning for the future isn’t just about investing in equipment and installation. Since the beginning, FMTC has invested as much in their team as their technology. “We like longtime employees. They’re loyal to our people and they’re loyal to us,” Greig says, himself a more than 40-year veteran of the company (he started his career with FMTC installing poles and phones). The result is a team of well-trained, technology-smart technicians available to sit down and help customers with any of their technology challenges—not just their phone and internet connection.

“We’ve seen a lot of changes,” Greig says. “But good customer service has never lost its popularity. There’s so many people who just like how we do business.”