First Interstate Expands into the Northwest 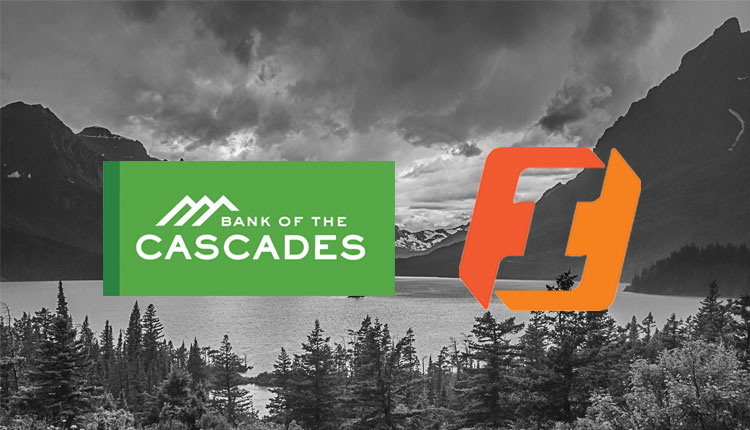 First Interstate BancSystem, Inc. Expands into Growth Markets in the Northwest with Acquisition of Cascade Bancorp

“We are very excited to announce this transformational acquisition that leverages our significant investment in people, processes and technology. This opportunity is a good fit for us geographically, strategically, financially and culturally. Cascade’s operating philosophy, commitment to community banking and corporate responsibility are similar to ours, allowing for a seamless integration of our two companies,” said First Interstate President and Chief Executive Officer, Kevin Riley. “We are pleased to welcome Cascade’s employees, customers and shareholders and look forward to continuing the good work that Cascade has been doing. Both of our banks have very strong, relationship-centered cultures and this is an ideal extension of First Interstate into markets we have been evaluating for several years,” continued Mr. Riley.

“We believe First Interstate is an exceptional banking partner for Cascade,” commented Terry Zink, President and Chief Executive Officer of Cascade Bancorp. “Strategically they intend to grow Cascade’s branch network, as well as our metropolitan commercial banking centers across the northwest. It follows that they highly value the many Cascade bankers who are on the front line with our customer relationships and are committed to ensuring our loyal customers will benefit from this combination.”

Zink continued, “For nearly 50 years, First Interstate has demonstrated strong and stable banking leadership. Today, they are a recognized leader in community banking and consistently deliver quality and competitive financial services to their customers while making a clear and positive difference in the communities they serve. In light of our shared culture and commitment to community, I am excited for the prospects of our combined companies. Together, we will continue to deliver a highly personalized experience to our customers with the expanded set of products and services that First Interstate will provide our customers. Employees and shareholders will be well-served as part of the First Interstate family.”

First Interstate expects the transaction will result in long-term annual earnings per share “EPS” accretion of 10% and 2018 EPS accretion of over 8% after accelerating the debit interchange limitations from the Durbin amendment brought on by crossing $10 billion in consolidated total assets. First Interstate is expected to recover the tangible book value dilution experienced in this transaction in five years.

First Interstate and Cascade management will review additional information regarding the transaction in a conference call beginning at 10:00 a.m. Mountain Time on Friday, November 18, 2016. The call may be accessed by dialing 1-877-507-0356. To participate via the Internet, log on to

First Interstate BancSystem, Inc. (NASDAQ: FIBK), is a financial services holding company, headquartered in Billings, Montana, with $9.0 billion in assets as of September 30, 2016. It is the parent company of First Interstate Bank, a community bank operating 81 banking offices, including online and mobile banking services, throughout Montana, Wyoming and South Dakota. As a recognized leader in community banking services with 28 consecutive years of profitability, First Interstate is driven by strong family and corporate values, as well as a commitment to long-term organic growth, exemplary customer service, exceeding customer expectations through its products and services, and supporting, with leadership and resources, the communities it serves.

About Cascade Bancorp and Bank of the Cascades

Cascade Bancorp (NASDAQ: CACB), headquartered in Bend, Oregon, and its wholly owned subsidiary, Bank of the Cascades, operates in the Pacific Northwest. Founded in 1977, Bank of the Cascades offers full-service community banking through 50 branches in Oregon, Idaho and Washington. The Bank has a business strategy that focuses on delivering the best in community banking for the financial well-being of customers and shareholders. It executes its strategy through the consistent delivery of full relationship banking focused on attracting and retaining value-driven customers.

This press release contains “forward-looking statements” within the meaning of Section 27A of the Securities Act of 1933, as amended, and Rule 175 promulgated thereunder, and Section 21E of the Securities Exchange Act of 1934, as amended, and Rule 3b-6 promulgated thereunder, that involve inherent risks and uncertainties. Any statements about First Interstate’s or the combined company’s plans, objectives, expectations, strategies, beliefs, or future performance or events constitute forward-looking statements. Such statements are identified as those that include words or phrases such as “believes,” “expects,” “anticipates,” “plans,” “trend,” “objective,” “continue” or similar expressions or future or conditional verbs such as “will,” “would,” “should,” “could,” “might,” “may” or similar expressions. Forward-looking statements involve known and unknown risks, uncertainties, assumptions, estimates and other important factors that could cause actual results to differ materially from any results, performance or events expressed or implied by such forward-looking statements. Such forward-looking statements include but are not limited to statements about the benefits of the business combination transaction involving First Interstate and Cascade, including future financial and operating results, the combined company’s plans, objectives, expectations and intentions, and other statements that are not historical facts. These forward-looking statements are subject to risks and uncertainties that may cause actual results to differ materially from those projected, including but not limited to the following: the possibility that the merger does not close when expected or at all because required regulatory, shareholder or other approvals and other conditions to closing are not received or satisfied on a timely basis or at all; the risk that the benefits from the transaction may not be fully realized or may take longer to realize than expected, including as a result of changes in general economic and market conditions, interest and exchange rates, monetary policy, laws and regulations and their enforcement, and the degree of competition in the geographic and business areas in which First Interstate and Cascade operate; the ability to promptly and effectively integrate the businesses of First Interstate Bank and Cascade; the reaction of the companies’ customers, employees and counterparties to the transaction; and the diversion of management time on merger-related issues.

Additional Information About the Merger and Where to Find it

This communication is being made with respect to the proposed transaction involving First Interstate and Cascade. This material is not a solicitation of any vote or approval of the First Interstate or Cascade shareholders and is not a substitute for the joint proxy statement/prospectus or any other documents that First Interstate and Cascade may send to their respective shareholders in connection with the proposed merger. This communication does not constitute an offer to sell or the solicitation of an offer to buy any securities.

12 Tips to Protect Your Mobile Device from Hackers

October 20th is Get Smart About Credit Day