First Interstate Named One of the Best Banks in America 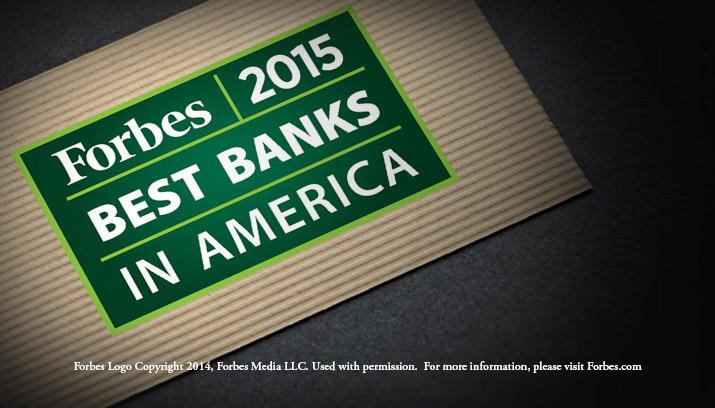 For the second year in a row, First Interstate BancSystem, Inc. has been named one of the best banks in America by Forbes Magazine.

“First Interstate is driven by strong family and corporate values as well as a commitment to long-term organic growth and exemplary customer service,” said Ed Garding, President and CEO of First Interstate Bank. “To be recognized by Forbes as one of the best banks in America is a testament to our values-based culture, which is the foundation of our success.”

To determine America’s best banks, Forbes ranked the 100 largest publicly traded banks (ranging in asset size from $6.4 billion to $2.5 trillion) based on the following metrics: net interest margin; nonperforming loans (NPLs) as a percentage of loans; nonperforming assets as a percentage of assets; reserves as a percentage of NPLs; two capital ratios (Tier 1 and risk-based), and leverage ratio. The data is based on the regulatory filings of banks and thrifts for the period ending September 30, 2014. In addition, revenue growth for the latest 12 months was also considered. First Interstate Bank is an $8.6 billion financial institution traded on the NASDAQ Stock Market under ticker symbol FIBK.

Tips For Protecting Your Data