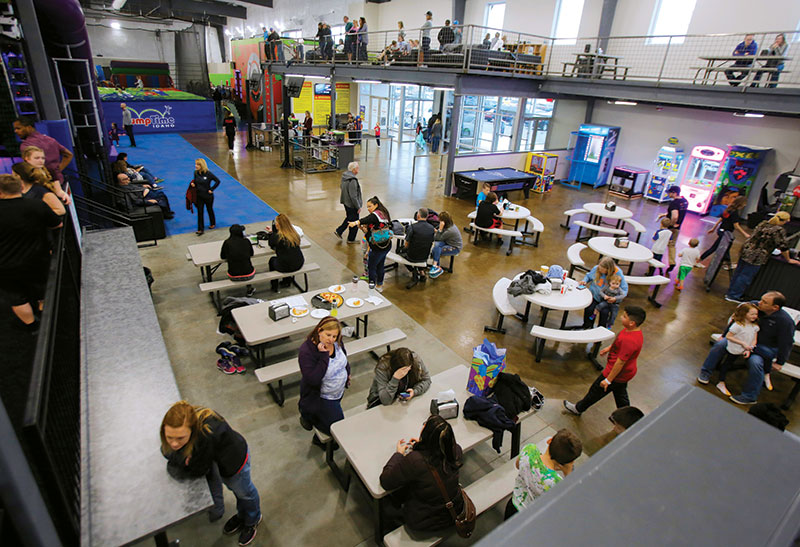 From moguls to mogul: How a former competitive skier and gymnast became the king of children’s play in Idaho.

Call them palaces of play, meccas of mirth, feasts of frivolity.

Whatever words you use to describe Jump Time, “boring” won’t be one of them.

Jump Time combines the high-flying fun of trampolines with a host of other family-friendly activities, from foam pits to dodgeball. It’s the brainchild of Chad Babcock, an Olympian-turned-entrepreneur who has turned his passion for kids and fun into a profitable chain of trampoline parks.

“Our goal is to create happy, healthy families and communities,” says Babcock, who opened his first Jump Time in Meridian in 2010, eventually adding locations in Boise and Twin Falls. He’s in the process of buying land to open a fourth Jump Time in Bozeman, Montana.

“My passion is kids. I also like creating happiness,” he says. “Trampoline parks create happiness and fun.”

On any given day, Jump Time is filled with gleeful shouts, bouncing children, and more than a few adults hurtling through the air. Kids — many at least age 45 — throw down windmill and 360 dunks on the trampoline basketball court. Others leap and duck to avoid direct hits on the trampoline dodgeball court. Still more boys and girls crawl and careen through a padded obstacle course while their parents chat and sip coffee.

“This is the best,” one mom says. “I’ve got a dozen 12-year-old boys hopped up on birthday cake and root beer. If we did this at home, my house would have been demolished an hour ago.” 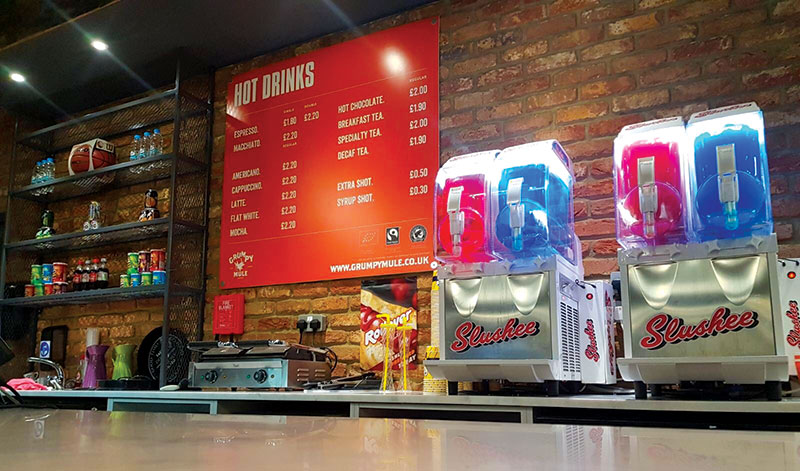 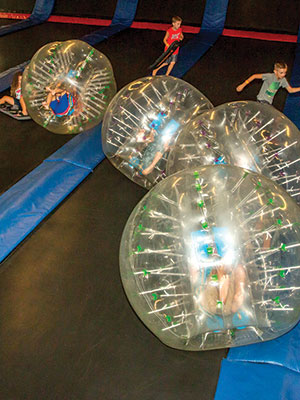 While each Jump Time location offers fearless fun, the company recently replaced its original Meridian location with a facility that takes it to a whole new level. At more than 40,000 square feet, the custom-designed Meridian Jump Time allowed Babcock to add a plethora of crowd-pleasing, gravity-defying features.

It’s this variety, customers tell Babcock, that keeps them coming back.

For Babcock and his wife, Katherine, Jump Time is a natural combination of their backgrounds. Both were teachers before starting their first business, Magic Tumble Bus — a play environment full of trampolines, balance beams, and other equipment for young children — in Boise in 1998. The next year, the couple opened Tumble Time Gymnastics and Learning Center in Boise, which offers gymnastics instruction for children, summer camps, and a birthday party venue.

Babcock banked at several other financial institutions before settling at First Interstate Bank, where he’s financed several of his businesses, including his new venture in Montana.

“I have a great relationship with First Interstate,” he says. “I love that they are very pro-business and are proactive with growing businesses.”

Growth has been part of Babcock’s plan since day one.

The original Jump Time was only about a quarter as large as the new Meridian park, and Babcock was initially unsure he could fill it. He didn’t have a budget for marketing or advertising and suspected the public might need some time to catch on to the fact that the business even existed, let alone how much fun a trampoline park could be.

“It just took off,” he says. “We had to turn people away. It was packed. I wish I would have tried to grow even faster.” 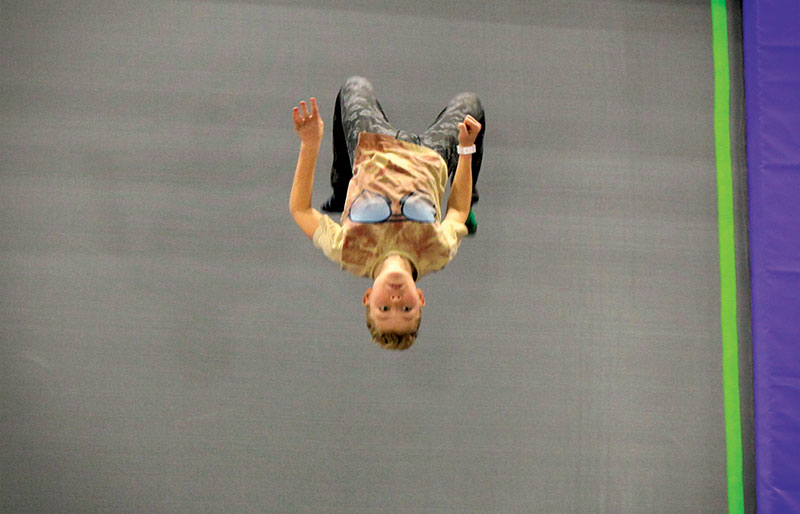 Starting businesses focused on movement gave Babcock an excuse to keep his own athletic skills sharp. Babcock is a three-time collegiate All-American gymnast and a two-time member of the Developmental USA Ski Team (see sidebar for more). In 2010, he was inducted into the athletic hall of fame at his alma mater, Western Michigan University, where he earned a degree in elementary education. Babcock says he still occasionally shows off his aerial skills on the ski slopes and at his trampoline parks.

“I still hang out at the terrain park with the kids,” he says. “They see my gray goatee and have this look that says, ‘Sir? Should you be here?’ So I show off a little bit — show them I can do some stuff. Don’t let the gray fool you.”

Although launching Jump Time required many long hours, Babcock is now able to enjoy a hands-off management style, thanks to his longtime managers who oversee a total staff of about 60 employees. One manager has worked for Babcock since the first Jump Time opened. Most others have worked for him for at least five years. They keep things running smoothly.

“I can’t micromanage,” Babcock says. “It’s about trust. They are my experts, my bosses. I empower them to make decisions.”

These days, Babcock’s goal is to spend as much time as possible with his wife, 12-year-old daughter, and 14-year-old son. The family spends half of their time in Boise and the other half in Sun Valley to take advantage of the ski season, logging several 100-day ski seasons in recent years. The family has even considered spending half a year in another country while learning another language. Whatever they do, Babcock says he’ll use the freedom afforded by his business success to soak up family time.

“We have four and six years with these guys before they go to college or do whatever they choose to do with life,” he says. “It’s going fast.” 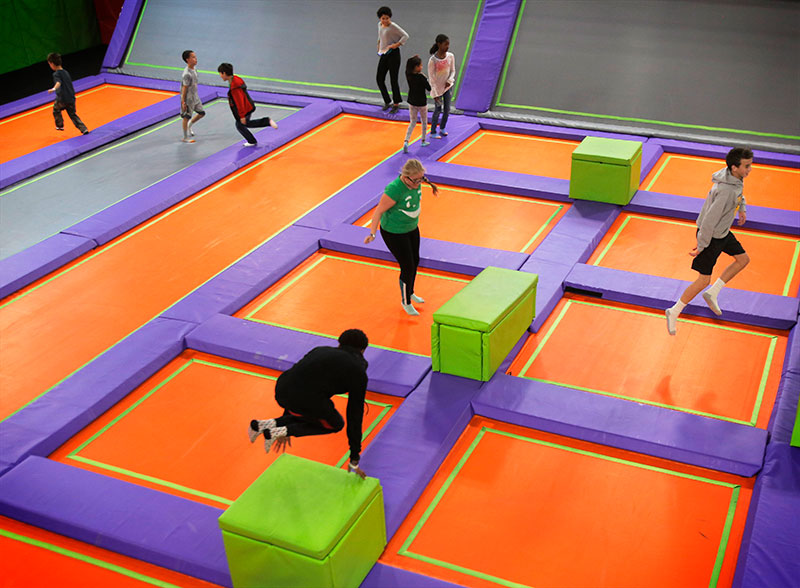 Staying Relevant in a Changing Industry