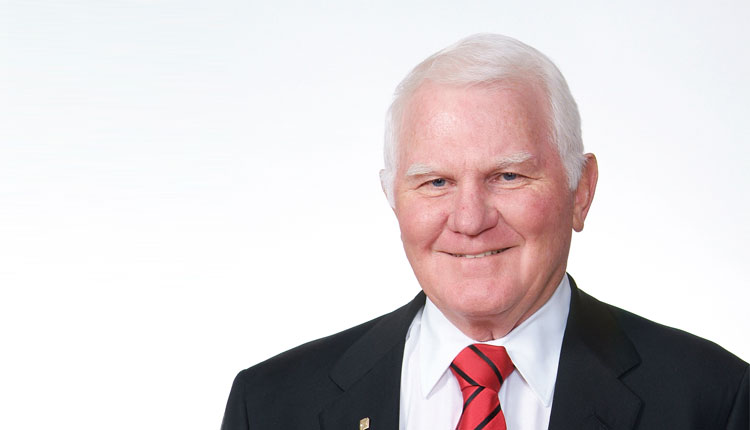 Tom Scott, Chairman, First Interstate BancSystem was recently inducted into the 2015 Montana Business Hall of Fame for his outstanding business performance, high standard of ethics, willingness to take risks, and concern for the wellbeing of customers and employees.

In 1967 the Scott family purchased the controlling interest in the Bank of Commerce in Sheridan and, at the behest of his father, Scott began his banking career there in 1969. In 1970 the family purchased Security Trust and Savings Bank in Billings, which brought Scott to the Treasure State.

In 1976, Scott’s responsibilities became focused on the management of the growing multibank holding company. He served as CEO of what became First Interstate BancSystem until 2004, when he became Chairman of the Board. Today, First Interstate operates 82 branches in Wyoming, Montana and South Dakota with over 1,600 employees.

Over the years Scott has served on a variety of non-profit boards with a focus on youth and making a difference in his immediate community – and in the lives of his employees.

“Our values are things my dad learned in his career. They’re simple: hard work, honesty, and the Boy Scout code…when I go into the bank and hear people laughing, that makes me feel good and I know they feel good,” said Scott. “That’s a competitive advantage when you have happy employees. They’re more productive and they’re more committed to our company.”