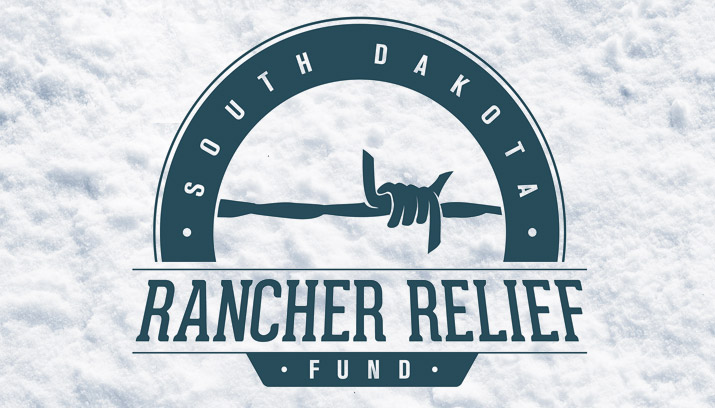 What started as a $35,000 gift from First Interstate Bank has turned into $520,000 in support of relief efforts for ranchers affected by winter storm Atlas, which hit western South Dakota in early October.

“At First Interstate, we pride ourselves on being neighbors helping neighbors,” said Shawn Rost, President of First Interstate Bank in Sturgis, South Dakota. “The support given to rancher relief efforts by our Company and our communities proves that we don’t just talk the talk, we walk the walk.”

First Interstate’s initial contribution went toward the purchase of 33 heifer calves which were then sold at various sale barns throughout South Dakota, Wyoming, Montana, North Dakota, Nebraska, and Texas. The calves were sold through rollover auctions, meaning the calves could be sold more than once. Thanks to generous donors, $478,000 was raised at 27 rollover auctions.

“Talk about triumph from tragedy,” Rost said. “The generosity that resulted from such a devastating storm is truly inspiring.”

“As stewards of these communities, we feel a strong connection and commitment to the families affected by this devastating storm,” explained First Interstate BancSystem Chairman Tom Scott. “Although these funds compensate for only a small part of what was lost, we hope it will help ease some of the burden and remind our neighbors that First Interstate Bank believes in supporting our communities during both good times and bad.”

Make a contribution to the Rancher Relief Fund or apply for assistance.

Protect Yourself From Fraud During the Holidays